One day, Zeus noticed Io, and he lusted after her. Some say she rejected his advances until he caused her own father to drive her out into the fields. Here, Zeus covered her with clouds to hide her from the eyes of his jealous wife, Hera, who nonetheless came to investigate.

In a vain attempt to hide his crimes, Zeus turned himself into a white cloud and transformed Io into a beautiful white heifer. Hera was not fooled. She demanded the heifer as a present.

Hera placed Io in the charge of Argus (the may-eyed monster) to keep her separated from Zeus. Zeus commanded Hermes to kill Argus, which he did by lulling all 100 eyes to sleep.

based on the painting 'Mercurio y Argo' by Diego Velasquez (1659) 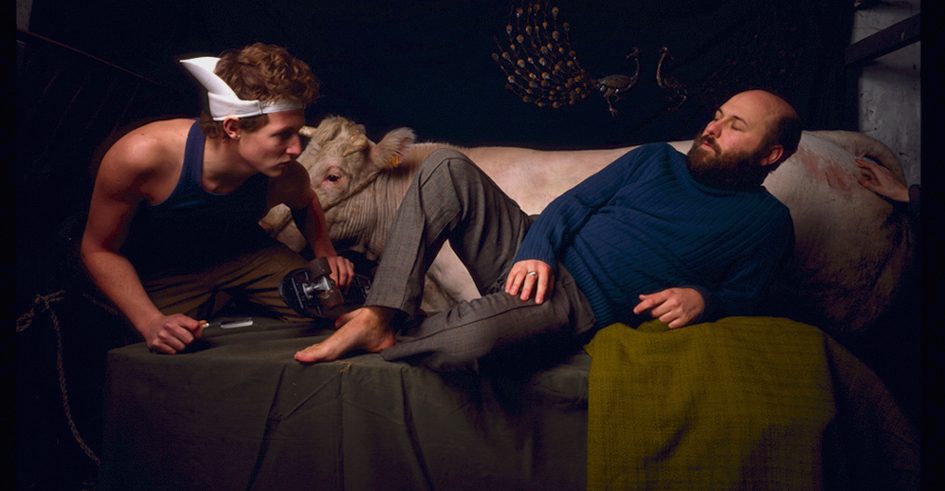