They were terrified and wanted to hide. One jumped under the table, the second into the bed, the third into the stove, the fourth into the kitchen, the fifth into the cupboard, the sixth under the washbasin, and the seventh into the clock case. But the wolf found them all, and with no further ado he swallowed them down his throat, one after the other. However, he did not find the youngest kid, the one who was in the clock case. 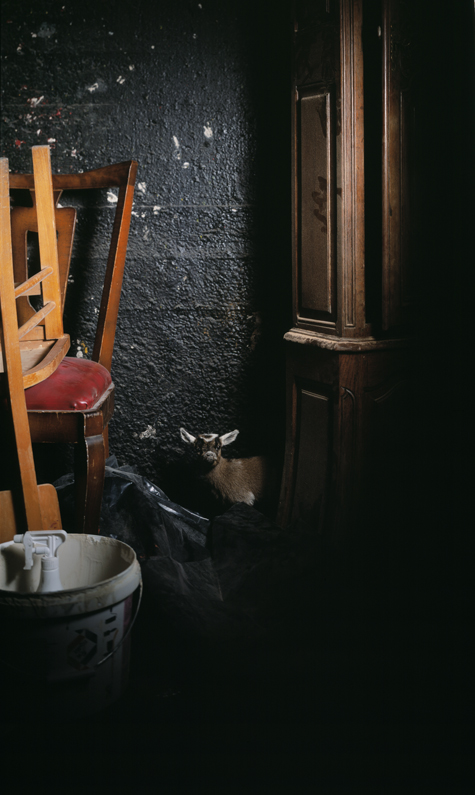